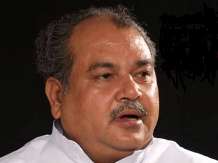 “Congratulations to Chhattisgarh government and officials of mines ministry of the Indian government for bumper success of mining lease auction done for the first time in the country,” he said in another tweet.


Successful completion of the auction process in one of the top mineral-rich states has given relief to the central government, which was worried as the first phase auctions saw an extremely slow start.


At the start of 2015, the government was planning to complete the first phase auction process of 80 odd mines by end-November. However, only four states had issued notice inviting tenders for 27 mines till then as the states were hesitant from inexperience in the auction process.

According to the new Mines and Minerals (Development and Regulation) Act, 2015, state governments have to auction their non-coal mineral mines through a two-tier forward-bidding process. Before this Act, mines were handed out to miners on discretionary basis by the state governments. Mineral auction rules under the new mines Act state bidders will have to quote the percentage of the value of the mineral dispatched from the mine in a month in the first round. The highest initial price offer would be considered the floor price for the second round of auction.


Subsequently, the bidders would be ranked on the basis of the descending initial price offer submitted by them. The first 50 per cent of the ranks, or the top five bidders, whichever is higher, would be termed qualified bidders for participating in the second round of e-auction.

The second-round auction will follow the simple forward-bidding process, where the bidder quoting the highest percentage would be deemed the winner.