The government has asked power utilities to sign power purchase agreements with power generators after selecting them through reverse auctions and has engaged MSTC to create an e-auction platform for bidding and deciding on lowest cost power supplier.

If a state intends to buy power, either for long, medium or short term, they will now have to invite bids from power suppliers. The bidding would be conducted through MSTC's e-auction where the buyer will set the maximum price and the bidder who manages to offer power at the lowest price would be the winner with which the state utility will sign the power purchase agreement.“These agreements can be for as short as a month to 25 years. MSTC hopes to ready the short-term platform for e-auction by January. The one for medium and long term is ex pected to be ready in three more months,“ said S K Tripathi, chairman and managing director MSTC.
At present, PPAs are often signed through negotiations on a nomination basis with power pro ducers. In order to bring total transparency in the way power utilities buy power, the government has directed them to conduct price bids through a reverse auction mechanism conducted on an electronic platform. “Public sector e-commerce site MSTC has been assigned the job of developing a national eauction portal for establishing power purchase agreements by power distribution companies and licensees,“ said Tripathi.
“The power ministry has issued a standard bidding document for distribution companies and licensees intending to enter into power purchase agreements with power generators and traders on long, medium and short term basis. Power Finance Corporation Ltd (PFCL), another PSU under the power ministry will team up with MSTC for developing and operating the National e-Bidding portal,“ he said.
Following a meeting chaired by the power secretary on Thursday last week, it was decided that the portal shall be made operational by end of January 2016 and the first phase will be implemented for short term pow er purchase agreements which means power purchase contracts for more than 15 days and up to one year will be handled through this portal.Thereafter, power purchase contracts for medium term (more than one year and up to five years) will be introduced. Finally, long term PPAs will be settled through the portal.
The bidding process shall involve multi stage bidding like online request for quotation, request for proposal and reverse e-auction. “As a national portal, the system is expected to create greater opportunity for the power buyers and sellers and power tariff is expected to become cheaper and more affordable to consumers,“ said Tripathi. MSTC was earlier appointed by the government to carry out e-auctions of coal blocks cancelled by the Supreme Court in September 2014. 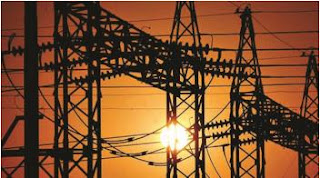 MSTC Limited, the premier e-Commerce PSU of the country, has been assigned the job of developing a national e-bidding portal by the Union Ministry of Power for establishing power purchase agreements by the power distribution companies and licensees.

The Ministry of Power had issued standard bidding documents for the distribution companies and licensees in the country to enter into power purchase agreements with power generators and traders on long, medium and short term basis.

This is another mile-stone towards strengthening the resolve of the present government to bring in transparency and efficiency in the functioning through use of information technology and e-commerce. MSTC takes pride to provide such service. Power Finance Corporation Consulting Limited (PFCCL), will team up with MSTC in the development and operation of the national e-bidding portal.

During a meeting taken by the secretary power on Thursday, it has been decided that the portal shall be made operational by end of January 2016 and the first phase will be implemented for short term power purchase agreements which means power purchase contracts for more than 15 days and up to one year.

Thereafter, the power purchase contracts for medium term (more than one year and up to five years) will be introduced in the portal. Finally, the long term PPAs will be settled through the portal. The bidding process shall involve multi stage bidding like online RFQ, RFP and e-reverse auction. As a pan India portal, the system is expected to create greater opportunity for the power buyers and sellers and the power tariff is expected to become cheaper and more affordable to consumers. Thus, the government is heading towards an electronic era in the energy sector which can revolutionise the sector and bring in more investors in the future. MSTC was earlier appointed by the government to carry out the e-auction of the coal blocks cancelled by the Supreme Court in September 2014. The fourth tranche of allocation of these coal blocks is presently going on and the auctions are scheduled to be conducted from 18th to 22nd January 2016.

In between MSTC has also conducted two phases of e-reverse bidding for Ministry of Power for identifying the beneficiaries of the subsidy being provided by the government from the Rs 7500 crore Power System Development Fund to the stranded and domestic gas based power plants in the country.

The process has so far enabled the government to revive about 4700 mw of power generating capacity. MSTC has also been engaged by the Union Ministry of Mines to provide the e-auction platform for allotment of mineral mines across all the states pursuant to the amendment of the MMDR Act.
Posted by MSTC Chairman cmdmstcindia at 11:28 No comments: 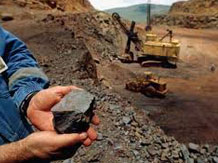 BS REPORTER: Two iron ore blocks in Odisha would go under the hammer in the first phase. The blocks listed for auctions are Ghoraburahani-Sagasahi East block and Jhunka-Patriposi blocks with combined reserves of over 140 million tonne.
"The survey work has been completed in respect of 12 blocks- five iron ore, five limestone, one bauxite and one manganese block. In the first phase, two blocks would be put to auctions. The state government has engaged SBI Caps as the transaction advisor for conduct of auctions", state steel & mines minister Prafulla Mallick stated in a written reply to the state assembly.
The notification for mineral blocks auctions is expected to be issued shortly.
The auction platform is set to be provided by central PSU MSTC Ltd. SBI Capital Markets Ltd (SBI Caps), a fully owned subsidiary of State Bank of India is the transaction advisor for conducting mineral auctions. The transaction advisor would assist the state government in fixing floor price for auctions.
To kickstart the auction process, the state government has already formed a committee under its development commissioner U N Behera. The committee's mandate is to monitor the preparatory work relating to auction of major mineral concessions including conduct of DGPS (Differential Global Positioning System) survey and preparation of tender documents.
Realising the need for exploration, the state government has already come out with a dedicated policy on mineral exploration. Central government agencies like Geological Survey of India (GSI) and Mineral Exploration Corporation Ltd (MECL) were being roped in by the state to carry out exploration work of the identified mineral blocks.
According to the notified Auction Rules, 2015, the state governments will have the discretion to reserve particular mine or mines for any particular end use. Auctions can be conducted only through an online electronic platform. The state government may utilise any online platform which meets the minimum technical and security requirements as specified in the guidelines for compliance to quality requirements of e-procurements issued by the standardisation testing and quality certification directorate under department of information technology. The Union government has proposed an upfront payment of 0.5 per cent of value of resources by companies, who secure licence for mining major minerals like iron ore through auction under the new law.

Posted by MSTC Chairman cmdmstcindia at 15:34 No comments:

9 Mineral-rich States to Auction up to 70 Mines
The Economic Times, Kolkata, 4th December, 2015 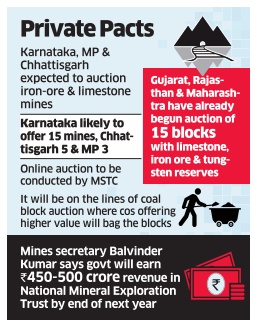 New Delhi : Nine mineral-rich states are expected to auction up to 70 mines to private firms for captive use this fiscal, mines secretary Balvinder Kumar said on Thursday . Of these, the auction process for 28 mines has started in five states, he said at a CII conference.

Kumar also said that the gov ernment is in the process of finalising a National Mineral Exploration Policy , a draft of which has been prepared for consultations with the industry .

He said Karnataka, and Chhattisgarh are expected to auction iron ore and limestone mines.

The online auction will be conducted by MSTC Ltd on the lines of coal block auction where companies offering higher value for the reserves secure the blocks. Gujarat, Rajasthan and have already begun auction of 15 blocks with limestone, iron ore and tungsten reserves to private companies.Gujarat will auction five limestone blocks--Mudhvay Sub blocks 1 to 4 and Goyla block--in the first round of auctions. Rajasthan will auction three limestone blocks-- block A and block B, and Harima-Pithasar-3D block. has offered Nandgaon-Ekodi limestone mine, Degve-Banda iron ore mine, Chitale-Watangi bauxite mine and Khobna tungsten block for sale. The last date for submitting bids for the Rajasthan blocks is January 4 and that for blocks in is January 11.

The last date for bid submission for mineral blocks in is January 15.
Kumar said the government will earn INR 450-500 crore in revenue in the National Mineral Exploration Trust by the end of next year, as the Mines and Minerals (Development and Regulation) Amendment Act, 2015, mandates mining companies to contribute 2% royalty for facili tating exploration. The amendment to the Act passed in March stipulates auction as the only means to allow extraction of iron ore and other minerals.

Under the auction process, the host states invite technical and initial price bids from companies. Bidders who qualify as per the technical specifications are ranked on the basis of higher initial price offers made by them. Selected bidders participate in an online tendering process and the highest bidder wins the blocks.

The tender documents for the e-auction of mines has been prepared in consultation with staterun MECON Ltd based on provisions of the Act, Mineral Auction Rules of 2015 and the mineral policy of different states.

Posted by MSTC Chairman cmdmstcindia at 15:09 No comments: