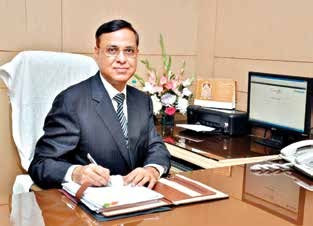 New Delhi: In February 2015, Ministry of Power introduced an e-Bidding scheme to identify Stranded Gas Based Power Plants for disbursement of a subsidy from Power Sector Development Fund (PSDF) amounting to INR 7500 crore spread over two years. MSTC Limited was entrusted by the government to design and develop an e-Reverse Bidding solution which could identify potential gas based power plants which could produce maximum electricity by using minimum amount of gas subsidy and sell the same at lowest tariffs.
Since then the subsidy has turned into the earning proposition for the government, as of 1st January 2015 India had 27,123 mw of grid connected power generation capacity utilising Re-gasified Liquefied Natural Gas (RLNG). Of this 9845 mw was working at a Sub-optimal level due to sharp decline in availability of natural gas and the rest 14305 mw was non-operational and the power plants were on the verge of becoming NPAs.
MSTC along with officials from Ministry of Power and GAIL (e-Bid Operator) designed a two stage system, where in the first stage bidders were only allowed to quote incremental units of electricity which they would produce from the subsidised natural gas.
In the second stage the bidders would have to quote on PSDF support in INR/unit of gas reducing the amount with each subsequent bid so as to identify bidders which can produce maximum amount of electricity using minimum subsidy.
The system was the first of its kind in the world where subsidy allocation to intending parties was done on the basis of maximum gains a subsidy scheme could generate for the bidder, who in turn would produce electricity for the country.
The first phase of e-Bidding was conducted on May 12 in the year 2015 where 8.3 million units of gas were allocated at a 35% Plant Load Factor thus resulting in 1946.92 mw additional electricity generation, while in the second phase 12.23 million units of gas were allocated at 50% PLF, resulting in 2840 mw of additional power.


During the first two phases, subsidy worth Rs 2850 crore out of the earmarked amount of Rs 3500 crore was disbursed to the successful bidders. Subsidy of Rs 1600 crore was earmarked for the third phase for which reverse bidding was conducted on March 20 in the year 2016.
The third phase of bidding produced the most startling and unexpected results. During the bidding governmental support required reached INR 0/unit (Zero subsidy requirements).


This was an entirely unexpected outcome as Stranded Gas based power plants themselves bid the support requirement as zero.
Within a week the e-Bidding solution was modified, the ceiling price for the reverse auction was kept at zero PSDF support per unit of electricity to be generated and the winning bids ranged between negative values of 2 paisa to 3 paisa per unit of electricity to be generated. Thus, the revenue for the Union Government increased by about Rs 18.28 crore against a projected expenditure of Rs 1600.00 crore for phase-III.


The successful bidders also committed to generate 1546 mw of power for the country while paying to PSDF instead of seeking PSDF support. Indeed a windfall gain for the government.
As of today, from the government support which was planned at INR 7500 crore, only INR 2712 crore has been used and government would now earn INR 18 crore as revenue.


This project now stands as a landmark towards Government’s aim of ‘Digital India’ where subsidies can be minimised slowly with the aid of technology and industries can be made profitable by introducing and supporting a competitive environment.
MSTC is committed to evolve unique solutions for the government and fulfilling its intentions of e-Assuring India and promoting transparency and fairness in government transactions.