Coal mines auction may fetch Rs.4,364 crore in third round 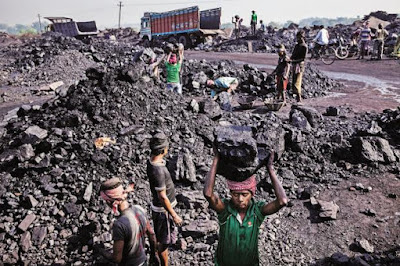 New Delhi: The third round of coal mine auctions concluded on Thursday with the government standing to get around Rs.4,364 crore.The curtains came down with Jaypee Cement winning the Majra coal mine for Rs.1,230 per tonne of coal. This bid is expected to fetch the government more than Rs.1,835 crore.Earlier in the round, two coal mines were sold on Tuesday for Rs.2,529 crore.
Marki Mangli-I mine in Maharashtra was won by Topworth Urja and Metals Ltd for Rs.715 per tonne. The Bhaskarpara mine in Chhattisgarh went to Crest Steel and Power Pvt. Ltd for Rs.755 per tonne of coal.Jaypee’s was the highest bid received by the coal ministry in this round. “Jaypee Cements bids the highest (Rs.) 1,230 (per tonne) for Majra coal block,” coal secretary Anil Swarup tweeted during the day.ACC Ltd, Crest Steel and Power Pvt. Ltd, Emami Cement Ltd and JK Lakshmi Cement Ltd were the other bidders eligible to compete for the Majra coal mine, located in Chandrapur district of Maharashtra.
The mine was previously allocated to Gondwana Ispat Ltd.The auction lasted more than seven hours, according to MSTC Ltd’s e-commerce website. MSTC is the nodal agency to monitor the auctions.Only three fields were auctioned in this round. Three other blocks—Jamkhani (Odisha), Chitarpur and Parbatpur (Jharkhand)—were withdrawn due to legal and technical reasons. The mines made available in this round belong exclusively to the unregulated sector, which means that industries can use coal for manufacturing products such as cement, aluminium and steel and iron. The 29 fields auctioned in the previous two rounds have fetched the government around Rs.1.72 trillion, giving credence to the Comptroller and Auditor General’s 2012 claim that allocation of mines over the years without auction had cost the exchequerRs.1.86 trillion.