Over 600 bids have been received from the parties interested in winning the mining lease for the Kesla-II block. 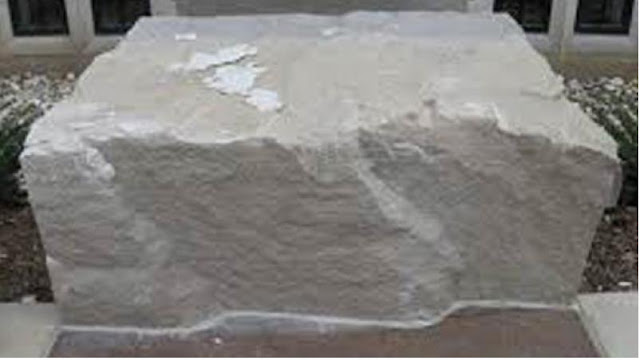 The government will earn revenue in excess of Rs. 11,000 crore from a single block.  (Photo: Twitter | ANI)
Raipur: Chhattisgarh successfully auctioned its third limestone block, Kesla-II, on Tuesday.
The highest bid received was 96.15 percent of IBM prices which is 20 times more than the reserve price.
The government will earn revenue in excess of Rs. 11,000 crore from a single block which surpasses the revenue of all previous non-coal mineral blocks.
Kesla-II block is situated in the Tilda Tehsil of Raipur district and covers over 357 Ha in area with an average grade of 43 per cent CaO.
The block is located at a convenient distance of 40 km from Raipur.
The tender was floated on in February and the last date of submitting bids was April 7.
The reserve price of Kesla-II was fixed at 5 percent of IBM prices and the Floor Price was 21 per cent of IBM prices.
This figure is more than the amount of Rs. 8,215.8 crore raised by the auction of Ghoraburhani-Sagashi iron ore block in Odisha, the highest revenue earner till date.
Over Rs. 9,967 crore would accrue to the government as bid-revenue and over Rs.1,900 crore through Royalty, DMF and NMET.
Over 600 bids have been received from the parties interested in winning the mining lease for the Kesla-II block.
Under the able guidance of Chief Minister Raman Singh, who also holds the mining portfolio, DGM, Chhattisgarh has broken the national record of obtaining the highest bid for any limestone block, previously, held by Rajasthan at 67.94 percent of IBM prices for its limestone block of Nagaur district.
Secretary Subodh Kumar Singh said that the bids were invited on the condition that it would be used for Clinker/Cement plants.
Notably, Chhattisgarh had also earned the distinction of conducting the first ever successful non-coal mineral auction in India in February, 2016 with the auction of Karhi Chandi limestone block.
It is also the first and only state in India to successfully auction a Gold mine.
Chhattisgarh's achievements in the first round of auctions were covered by international news agencies. In the first phase, Chhattisgarh auctioned three mines from which it is expected to receive more than Rs. 4,800 crore over the lease period.
To bring in transparency in the allocation process, the MMDR (Amendment) Act, 2015 stipulated auction as the mechanism of allocation. Since then, over 20 blocks have been successfully auctioned across various states.
-------------

Posted by MSTC Chairman cmdmstcindia at 12:19