Discoms to launch e-bid portal for power procurement
However, industry experts caution availability of transmission needs to be factored in for such deals 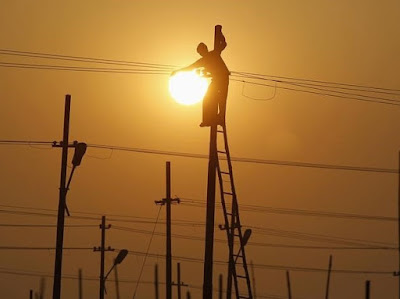 The central government’s move to launch an e-bid portal, through which power distribution companies (discoms) can procure electricity for the short-term, will bring down transaction costs and attract more participants to the sector, say experts. Through the portal, to be launched on Tuesday, discoms can procure power for one day to a year. The portal will be managed by MSTC Ltd.
Union power minister Piyush Goyal is slated to meet power secretaries of all states on Tuesday for a review, where the e-bid portal and the document for the government’s Power For All scheme will likely be released. Managing directors of all discoms will also participate through video-conferencing.

“Bilateral trade constitutes half the entire short-term market in volume. But, over the years, its prices have remained 25-30 per cent higher than the exchange prices. The platform will offer more transparency and standardisation can lower transaction costs and attract more participants,” said Kameswara Rao, partner (grid) at PricewaterhouseCoopers.

According to him, improving transparency is desirable but actual tariff reduction might be modest. This is because, unlike on the exchange, bilateral procurement is more tailored to local needs, and suppliers offer credit. Also, one-third of bilateral trade is between state-owned discoms, where pricing is less elastic. According to a recent report by the Central Electricity Regulatory Commission, of the total electricity generation, 9,215 million units (MUs), or 10 per cent, was transacted through the short-term market. This comprised 4,700 MUs through bilateral trade (through traders and term-ahead contracts on power exchanges and directly between distribution companies), followed by 2,863 MUs through day-ahead collective transactions on power exchanges, and 1,652 MUs through the deviation settlement mechanism (DSM).

Of the total short-term transactions, bilateral procurement constitutes 51 per cent (36.53 per cent through traders and term-ahead contracts on power exchanges and 14.47 per cent directly between distribution companies), followed by 31.07 per cent through day-ahead collective transactions on power exchanges and 17.92 per cent through DSM. A Maharashtra State Electricity Distribution Company official said discoms would now able to get real-time information about producers and suppliers. “The e-bid portal will also help discoms to strike a deal at the competitive rate.”

Debasish Mishra, consulting partner at Deloitte Touche Tohmatsu India, said short-term purchases by discoms are usually mutually negotiated with suppliers, within a price cap pre-approved by the state electricity regulatory commission. “This is a welcome move to bring in transparency in procurement of short-term power. This makes the entire power procurement – day-ahead, short-term, medium-term, and long-term – transparent and competitive.”

Mishra, however, cautioned that transmission availability has to be factored in while defining eligible sources that can participate in these bids.

Posted by MSTC Chairman cmdmstcindia at 15:22