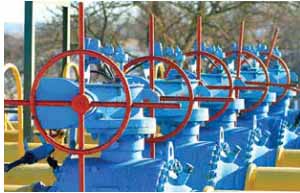 In previous 2 auctions bidders had won govt subsidy of about  INR 2,750 Cr.
Nine power plants, including that of Dabhol, and Lanco, on Sunday emerged as successful bidders in the e-auction of natural gas, securing 7.62 mmscmd gas for running a total 5,942 mw capacity. With the secured gas supplies, these plants will generate a total 6.79 billion units during six months to September 2016 and save Rs 18.29 crore in
government subsidy.
In the previous two auctions held in May and September last, the bidders had won government subsidy of about Rs 2,750 crore to buy imported gas to revive stranded power plants. The e-auction was conducted this morning which went on for almost two hours. Under the reverse e-auction, bidders quoted negative subsidy, or premium of up to three paisa per unit to secure gas supplies.
“The government is delighted to announce the revival of 9 stranded gas-based power generation plants with an installed capacity of 5,942 MW which have successfully bid through a transparent and competitive reverse e-auction process,” Power Ministry said in a press release on Sunday. According to the statement, these plants would generate 6.79 billion units of electricity, which will be supplied at or below Rs 4.70 per unit to the purchaser discoms during the period from April 1 to September 30, 2016.
According to the bid results on MSTC Ltd website, the maximum quantity of 2.35 mmscmd gas was booked by Ratnagiri Gas and Power Private Ltd commonly know as Dabhol project, followed by Lanco Kondapalli Power at 1.58 mmscmd and Rajahmundry Energy at 1.09 mmscmd. Konaseema Gas Power booked 0.71 mmscmd, Pioneer Gas Power at 0.55 mmscmd, Vemagiri Power Generation at 0.52 mmscmd, Gama Infraprop Private Ltd at 0.35 mmscmd, GVK Industries at 0.32 mmscmd and Sravanthi Energy at 0.25 mmscmd.
Power Ministry said that the auction process successfully concluded on March 20, 2016 wherein nine plants emerged as preferred bidders and were allocated 7.62 mmscmd e-bid regasified liquid natural gas (R-) . It further said that the re-auction resulted in aggressive negative bidding with the lowest bid at Rs 0.03 per unit. As a result there are estimated savings of Rs 18.29 crore to Government s Power System Development Fund (PSDF). The present reverse e-auction for the Stranded Gas based Plants is the third phase of auctions conducted under Scheme for Utilization of Stranded Gas Based Generation Capacity.
The grid connected gas-based power generation capacity in the country is 24,150 MW. Of this, 14,305 MW had no supply of domestic gas. These comprise 29 plants which were eligible to participate in the auction process held on Sunday, it said.
As many 11 plants with a cumulative installed capacity of 6,626 MW participated in the bidding for Phase III. The successful bidders include power plants in southern areas. The Empowered Pool Management Committee (EPMC), the nodal authority for this auction had decided to scrap the auction for stranded gas-based power projects () held on Tuesday last in the backdrop of bids hitting zero (subsidy) within minutes of the start of bidding.

Posted by MSTC Chairman cmdmstcindia at 16:12